Joelle Vallory graduated in 1990 in Mechanical Engineering from Universite Technologique de Compiegne- France and obtained a Master of Science in Acoustics and Vibrations from Florida Atlantic University-USA in 1991.

She worked for 17 years in the nuclear fission area at The French Alternative Energies and Atomic Energy Commission (CEA) as an engineer, project manager, and head of a laboratory involved in the experimental characterization of thermo-mechanical behavior of PWR fuels involving the operation of scale 1 test facilities in collaboration with EDF (French nuclear power plant operator) and Framatome (supplier of nuclear fuel).

In 2008 moving into fusion technology, she worked in the Engineering department at Culham Centre for Fusion Energy (CCFE) in the UK in the design team involved in design and manufacturing activities related to the Neutral Beam power upgrade for the Joint European Torus (JET) tokamak and later in collaboration with the Safety group on activities related to the Engineering Substantiation of key safety-related equipment of JET machine in view of next Deuterium-Tritium campaign.

In Dec. 2012, she joined Fusion for Energy in the Test Blanket Module program working on engineering activities on the TBM and safety-related studies. In 2012 she was awarded the Prize Fem’Energia category “Woman working in Europe” and is an active member of the network ‘Women in Nuclear’. 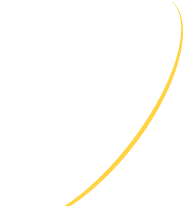 Sponsorship of Fusion for Energy (F4E) for the creation of WiF webpage is greatly acknowledged
Copyright © 2022. All rights reserved.